Anders Jacobsen's blog
... because the Internet changes your life...
A French roundabout by night 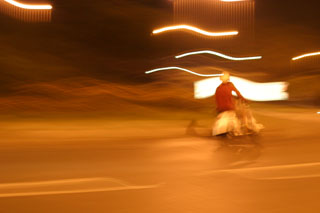 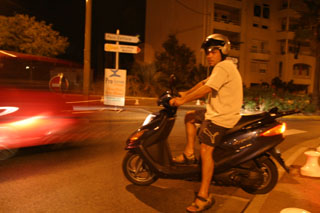 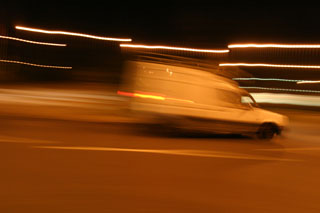 For future reference, this is absolutely not applicable in France; and a police car pulled up as I was taking my pictures, the officers warning that the French public has a right to anonymity. I showed them my photos and how people and licence plates were impossible to recognize on them due to the long exposure times and they seemed happy enough, just giving a general warning that some people "might not appreciate having their picture taken"...

Any info from our French readers on this law on the right to anonymity would be most appreciated (especially how it affects photographers)...

The first relevant links (in French, of course) are in via MSN Messenger. Thanks, friends:

You do have to be careful. I'm in Germany and I put some recognizable photos on my weblog
http://www.margaret-marks.com/Transblawg/archives/000155.html
and then it hit me about German privacy law - French is probably the same. You can photograph people in the public eye, but not 'ordinary' people. Which is OK until you put the pictures on your weblog or in a newspaper, and then they may find out and sue you. Probably OK in Britain, though.

Thanks, Margaret. I took some more shots tonight but made a point of asking for permission where I found it applicable and practical.

I don't use any "model release forms" or anything else legal mumble jumble though... Considering it to avoid any future trouble what so ever... Any thoughts?

In Germany, there seems to be some consensus that it is ok to take pictures of groups of people (six and above) in public, at events, etc.

To clear things up: you are only allowed to take pictures of groups of six people but they have to consist of atleast two groups not separated more than 4 meters from eachother unless two members from said groups wear yellow jackets and are faced away from the camera in which case you are allowed to take pictures between 05.00-05.15 without a flash in the rain with no umbrella.